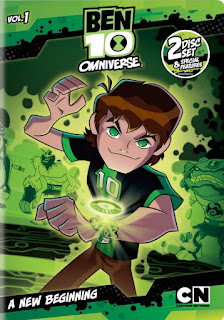 Genres: AnimationCountry: USALanguage: EnglishRelease Date: 1 August 2012Runtime: 31 minThe series follows a 16-year-old Ben Tennyson, bearer of the Omnitrix, a watch-like device that allows Ben to change into aliens, becomes ready to be a solo hero. Ben’s grandpa, Max, teams him up with an alien named Rook, a rookie and a by-the-book partner. On a mission to explore a secret alien city, Ben explores the quirkier side of things in the alien underground and discovers that enemies from his past are looking for a rematch. All the while, Ben becomes targeted by a mysterious hunter. Ben later travels back in time to assist his 11-year-old self. With 10 new aliens at his disposal, Ben is ready for anything.

Batman: The Long Halloween, Part One